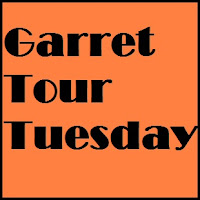 Lauren Dupuis-Perez is a writer in San Francisco, California. She writes fiction (long and short) and has had a poem and a short story published. She has been focusing on building content and "forging a writerly career." Recently, she acquired a 9-5 job doing writing things. (Ed. -- Congratulations, Lauren!)

"I know that can kind of be a lame response but... I don't think it is. I think, for some people, writing happens mostly on the page. They spill it out and make it messy and roll it around in their hands, chew on it and work with it on the paper. And I do love editing, I love it probably more than writing, but my writing world happens 90% in my mind." 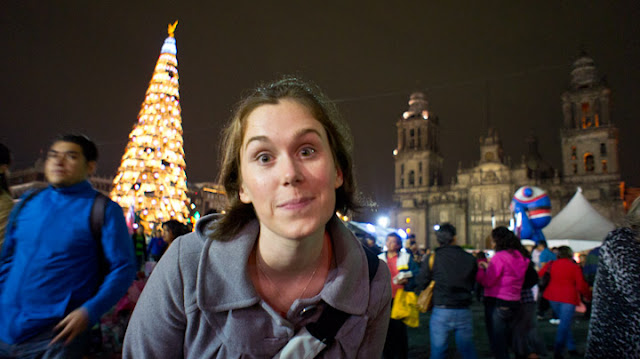 Instead of working things out on paper, Lauren plays things out in her head first, away from a computer or desk.


"I'm not as fast as other people because I can write 6 pages and then need 2 days of long walks, quiet car rides, thinking, thinking, thinking, before I can move on to the next scene. How does my character get from point A to B? And not in the ways I would do it, but in the ways THEY would do it. This is what I struggle with, and the one thing I want to do really, really well. My authentic characters happen inside my head and then I record them on the paper."

The actual process of writing things down can happen practically anywhere -- and on anything. Unlike me, Lauren does not have a green-ink-pen compulsion or any other sort of limiting writing-materials compulsions.

"I wrote big chunks of my novel on printer paper at a shitty office job I had during grad school. I've written stanzas of poetry on napkins at the coffee shops I've worked in."

Lauren prefers having other people in the vicinity and some noise over complete silence. However, the noise cannot be a television -- if she sees her television, it pulls her in "like a tractor beam."

"I used to listen to opera while I wrote. Opera is incredibly powerful and moody and can blend into the back of my mind and helps my space-out-thinking-process."

Now that she is a married lady and shares an apartment with husband Kamel, Lauren has found that she has had to adjust some of her writing habits -- such as the habit of reading aloud to herself, which she reports she is still too shy to do in front of Kamel.

Still, she prefers writing with Kamel at home. However, Lauren says she zones out when she's  thinking something through in her head, often ending up unintentionally staring at Kamel. Here's how Lauren says this scene usually plays out:

So in sum, Lauren does the bulk of her writing process in her head, creeping out her husband (He'll get used to it.) and taking long walks to work out characters and scenes. And then she writes it up pretty much wherever so long as it's not silent and there isn't a television in her line of sight. Oh, and "in real pen, thank you very much!" (Ed. -- So much for no writing-tool compulsions!)

Thanks for sharing, Lauren! Lauren also writes hilarious nonfiction on her blog I'm Better In Real Life -- every weekday, as near as I can tell. Reappearing characters include yellow KitchenAid mixer Flo and husband Kamel.

Now you!
I had forgotten how much character and scene development I used to get done driving home at night, talking it out to myself in my car. Do you have any mental screen-less writing methods you have found effective?
By Callie Leuck