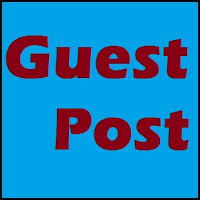 I'm very excited to offer my first guest post by book reviewer Jamie Gibbs. Jamie writes incredibly good book reviews (much better than I do) so when I noticed that he was interested in writing guest posts in order to keep his hand in the game while suffering "overwhelming lack of computer," I emailed him immediately. Jamie had several great ideas he was mulling over. One particularly resonated with me, as it's an issue I've been thinking about a lot recently, and I was interested to see what a thoughtful book reviewer would have to say on the topic. So without further ado, I give you Jamie Gibbs on Adding Culture To Your Fantasy World.

Adding Culture To Your Fantasy World


When we pick up a fantasy book, we all know the drill. Chances are it’s going to be based on a pseudo-Medieval world, taking influences from English, French or German history. You’ll have kingdoms and village nobles who owe feudal allegiance to their kings. There is a definite two class system - the nobility and the rest of the population. Add a pinch of misogyny, bake for 400 pages and you have a stereotypical fantasy book setting. We’ve become accustomed to the formula and while it’s a good way to start your process of world building and character development, it should never stop there.

Fantasy writers are told all the time to make sure that they know their world and they know their characters. What about how the two interact? Your characters didn’t just fall out of the sky on page one (unless you’re writing a paranormal romance about fallen angels, in which case that’s a very likely possibility), but would have lived in that world all their lives, with their villages, cities and tribes developing over hundreds of years of social evolution. What do you get when you mix people and their environment for that length of time? Culture.


One of the easiest ways in which you can inject some culture into your fantasy story is by giving quirks to your characters. Maybe your main character always washes their hands just as the sun goes down, because where they come from the believe that the setting of the sun symbolises the death and rebirth of the world, so washing their hands acts as an offering for the safe return of the world in the morning. A simple act like that can have powerful significance to other characters and adds a level of depth to your story that goes beyond the words on the page.

Curse words are also a valuable resource for adding culture. Don’t just think of a nonsensical word and apply it as a curse in lieu of dropping the F-bomb in your story. That’s a waste of potential. Rather, think about what the word means, and why it’s used in that context. Say your protagonist calls the villain something like ‘hatlock’ That could just be a random swear word with no way of connecting with your reader. Say you imbue that word to also be the name of a particular kind of shovel; the kind used by the peasants who clear excrement off the streets. This insult immediately has a touch of venom to it.

You could extend it further in saying that hatlock is the slang term given to the illegitimate offspring of noblemen, who at one time in history forced into the profession of shovelling excrement as a means of making them disappear. This simple word now has a level of vulgarity coupled with an accusation of someone’s legitimacy, packing far more punch as a curse and hinting at the emotional state of your character for using something to venomous. It all adds to enrich your story and make it that much more immersive.

Get the culture right, the rest follows


One author who does this exceptionally well is Kate Elliott. Her novel Cold Magic is set during the Victorian era, but her history extends back two millennia before that and has its roots in an alternate Roman era. A lot of this missing in between history is never covered, but we get snippets of that rich culture that has been influenced by centuries of cultural exchange. The ways that her characters react to certain situations are natural and make sense because they have that subconscious level of social conditioning, which has built up over many many years and has become deeply ingrained in their own personal beliefs.

Culture is something that often goes on behind the scenes, so it’s generally not the kind of thing that gets published (unless you’re J.R.R. Tolkien, then your fictional culture is so rich and vast that it’d be a crime not to publish it). Instead, you have to know these things and show them in small doses through the way in which your characters interact with each other and with the world around them. World building is important. Character development is important. Sort out the culture and you’ll cover both.

Jamie Gibbs is the caffeine addled bibliophile from the fantasy book review blog Mithril Wisdom. When he’s not nose deep in a book, he’s usually rocking out to fantasy-inspired heavy metal and playing with Lego like all grown ups should.

What is a good example of "adding culture" in something you have read?