Something Old & Something New: Hello, #Indy

This suburb girl is now living in a city. And I have got to ask: who turned the trains on?

I grew up in Noblesville, which many people in Indianapolis will tell you is a suburb of Indianapolis. I will argue to death about that. I will fight you. We have a courthouse in Noblesville. And there is no public transportation network to get you from Noblesville to Indianapolis. These things suggest to me that it is in fact a separate city. ANYWAY. Going on.

So far I mostly like being in Indy. I like the place I'm living, although the two flights of stairs to my loft are currently my mortal enemy. Mortal. Enemy.

Yesterday, this hip-looking couple was approaching the stairs at the same time as I was, so I slowed down to let them pass, knowing that the bags I was carrying would slow me down embarrassingly and I didn't want them anxiously stuck behind me on the narrow stairs. But they tried to let me go first, so I had to explain I was probably going to be stupidly slow, and then they offered to help me carry things. I didn't take them up on it, but that's your Hoosier hospitality, kids.

I had to buy earplugs after one very long night in which I discovered a horn-happy train passes somewhere in the area at 5:50 AM. Now I get all the quiet time at night. Hooray! 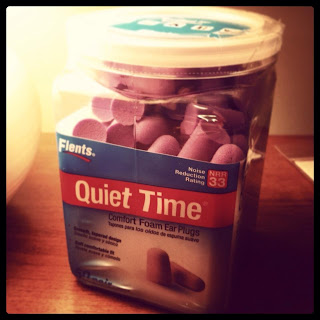 I am sure I will get used to the normal city noises eventually, but gosh Toto I don't think we're in Kansas any more.


Of course, despite being several months gone from the Washington, D.C., area it is getting my own place that triggered the missing-my-friends-in-DC sadness. Well, unpacking my boxes and finding my D.C. things probably didn't help. 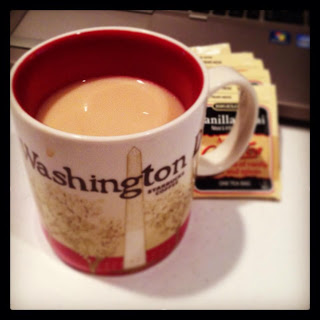 I was living in the 'burbs out in D.C. too, so it's not like I got to see my friends out there THAT often. But gosh I need to get some plane tickets lined up. Those jerks went out and had mojitos without me!

I still get invited to parties and events in D.C., which is actually super sweet. I got one today and actually looked at my calendar to see if it was a weekend I could reasonably fly out. It's not; I'm having LASIK that weekend (HELL YES GLASSES FREE AT LAST) but you peeps out there keep sending me stuff, 'cause someday I'll surprise you and be there. Don't believe me? I've done it before.

Between work and this whole Being A Responsible Adult nonsense, I've been slacking on the writing front. But I have IDEAS that I am excited about, for sciencey nonfiction and for fantasy fiction. SO THERE IS THAT.

Now You!
I've been a bit disconnected lately. What is new & exciting in your life?
By Callie Leuck